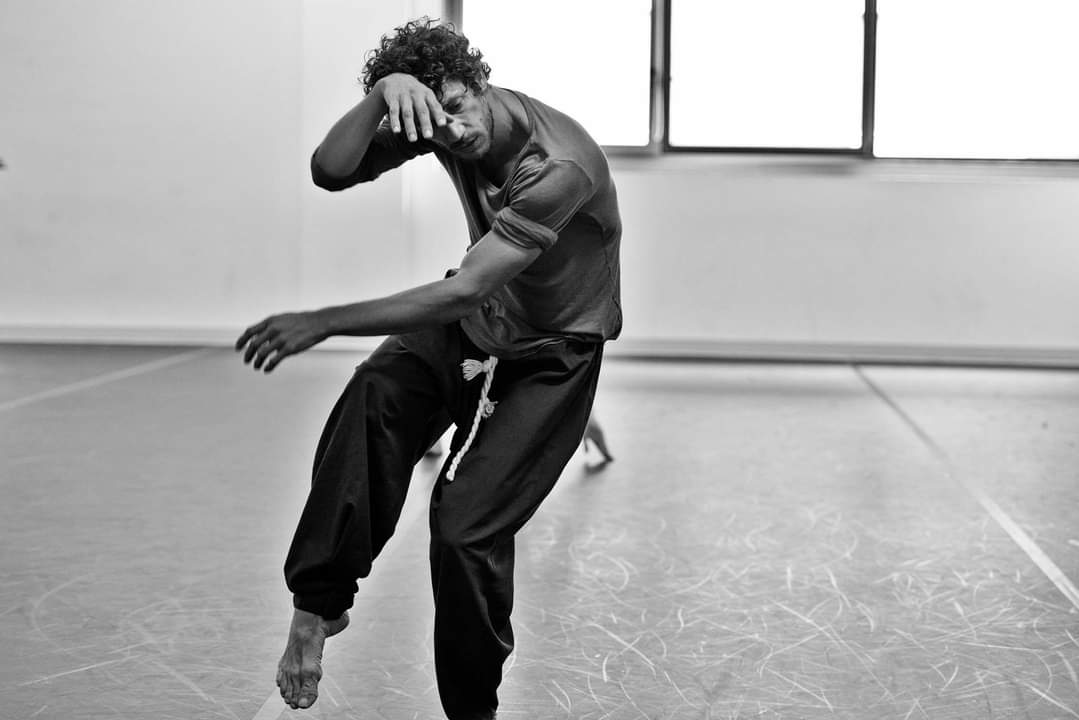 We will start by awakening the body with breathing exercises, working from the joints towards movement, with a scale of 0 to 10, to be able to flow and unify the breath with the movement in a natural way.

We will continue investigating and looking for different ways of using the ground, working on different qualities of movement, dynamics, space… to know the limits of the body and be able to express actions reaching different states.

In a second part, we will work mainly on different improvisation practices with a main concept, “Transformation”. We will use our three transforming instruments at the same time as transformed, body, mind and space.

“The body is the vehicle to be in the world, and the mind its creative power.” Thus, the body is transformed into a kind of message that is constantly written, read, transcribed, erased and rewritten. I am a body that thinks. Breaking the molds that limit us, both physically and mentally, will create our own path, which will reveal that living and constant transformation. A process from the unconscious to the conscious transformation. A Body, a Mind and a Space with characteristics and potential at our creative service.

The intensive is focused towards creating solos for each person who participates. For 2 days Fabian will share his tools with us, for the third day to rehearse and make showings.

Born in 1981 in the South of France, where he began his first dance steps at the age of 7, in Saint Jean de Luz (France). In 1999, driven by his passion, he continued his training at the Real Conservatorio Profesional de Danza Madrid until 2004, to be a Graduate of Spanish Dance and Flamenco.

He continues his career integrated in the best flamenco companies in the country and working with teachers such as Joaquín Cortés (2004-2005), Rafael Amargo (2005-2009) as Soloist and First Dancer, Lola Greco (2009) in Amor Brujo as Soloista, among much others. In 2012, Franco Dragone invited you to participate as a choreographer and dancer in his latest production “TABOO” in Macau. In 2013, back in Europe, Fabian has the opportunity to work at the Elephant in the Black Box Company with Jean Philippe Dury, with Sharon Fridman and Carlos Fuentes.

In February 2015, he joined the latest production of Arantxa Sagardoy and Alfredo Bravo-Sbil.la-in Switzerland) and in June 2015 he joins the new production directed and choreographed by Sidi Larbi Cherkaoui, Fractus V. Since then he has participated in several Eastman Productions projects: shows, operas, workshop. In recent years, thanks to his collaboration with EASTMAN and his development as choreographer, he has been guest lecturer at various European institutions: ARTEZ (Arnhem, Netherlands), NOD (Torino, Italy), Real Conservatorio Superior de Madrid, among others.

In 2011 Fabian Thomé who, never driven by the motivation to affirm his choreographic style and language, decided to open his own company: La Compañía Full Time. In that same year he created “Desde el Sofá”, a multidisciplinary show mixing dance and theater inspired by the ups and downs of everyday life.

This same year he wins the 2nd Choreography Prize in the XX Choreography Contest of Spanish Dance and Flamenco of Madrid, with his piece “From Game to Fight”. In 2014, Fabian proposes his new solo show “Entre Sombras” (Artistic assistant: Carlos Fuentes) presenting a language without labels about the blockade body and mind. With this new search he wins the award for Best Performance at the Burgos / New York International Choreography Competition. In 2015 he follows the process of creating him: UMBRA (2016-Full Time Company), In Volution (Dance 180-2018) and YöY (2018- 2019-Full Time Company). Moi-Je (2019) SMOKES (2020).

These latest productions have been developed with the support of the Community of Madrid, Madrid City Council, Theater de Warande. With the collaboration of Sidi Larbi Cherkaoui, CND-Compañía Nacional de Danza, Dantzagunea, La Fundación and Centro Danza Canal.

Moi Je (2019 – first study) preview at Changmu festival, Seul Korea, and winner of the First Prize at the 33rd Choreographic Contest in Madrid, and Prize with Special Mention from the Jury at the 25th International Masdanza Choreography Contest 2020.

Possibility for accommodation, ask us for more information.